Still, a big chunk of the Canadian population actively avoids going to the dentist because they struggle to access the care they need. Below, we’ll explore why that happens.

Most of the underlying reasons why people avoid going to the dentist links to finances – we’ll discuss further along – but fear plays just as much of a role. The fear of dentists is called dentophobia – a real condition that affects 2.7 percent of men and 4.6 percent of women. That might not sound like a lot, but the US and Canada have a combined population of 357 million people.

Thankfully, dentists like the Elm Hill Dentistry clinic in Ontario take extra care to make their patients feel relaxed. Most dentists are aware that dentophobia has direct consequences to oral health, so they go the extra mile to put patients at ease. Talk to your dental practice before an appointment, so they are made aware of your worries from the get-go.

They Can’t Afford The Costs

According to Statistics Canada, one in five Canadians avoid going to the dentist because of the costs associated. Take fillings, for example. They’re one of the most common dental procedures – in Canada, a large tooth filling will set you back $385, and a small one $85. Plus, 35% of Canadians don’t have dental insurance, which would help cover the costs.

Still, some government-backed plans like the Public Service Dental Care Plan – a private health service plan – support federal employees, veterans, and public servants. There are also talks of a National Dental Plan that aims to bridge the gap between dental services and those that can’t afford them.

Medicare is Canada’s publicly funded healthcare system that supports all Canadian residents. Under the medicare plan, residents can have reasonable access to medically necessary hospital visits. The federal government provides the funding for the plan that millions of Canadians benefit from accessing. The reason for excluding dental care from the medicare package dates back to the 1970s – the cost would have been too high for the government to fund.

Now, with the rumors of a National Dental Plan, that could all be about to change. Hopefully, within the next few years, accessing dental care will be less of an issue for residents.

Dental care and excellent oral hygiene contribute to a well-rounded healthy lifestyle. The number of Canadians accessing dental care increases year on year, a number that should sky-rocket if the government introduces a National Dental Plan. 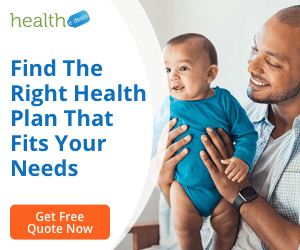